Will Apple Save Big Media?

I have my doubts as there is nothing scarier than one company controlling distribution of news, but here's what today's New York TImes has to say about it...

Read it here
Posted by Charlie Mahoney at 9:57 AM No comments:

I think this is a step in the right direction as I hope the Times can find a business model that works. You can read more here.
Posted by Charlie Mahoney at 10:36 AM No comments:

The New York Times published an article today on Non-profits that are trying ot pick up the slack in investigative journalism. You can read it all here.
Posted by Charlie Mahoney at 6:04 PM No comments: 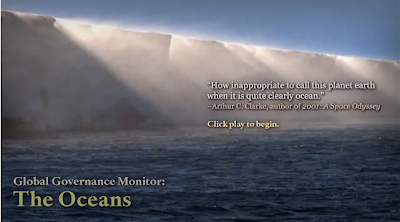 I'm pleased to share that one of my photos from the series I did on the Maldives has been included in a multimedia piece on Oceans as part of the Global Governance Monitor at the Council on Foreign Relations site. It's a very interesting piece that was produced by Media Storm. You can see it here.
Posted by Charlie Mahoney at 2:17 PM 2 comments: 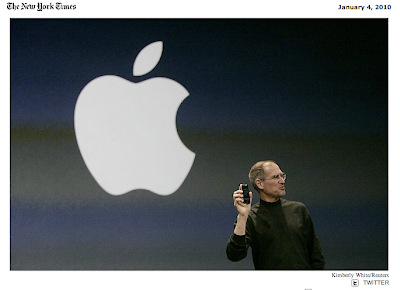 All eyes will be on the iSlate when it releases, whenever it releases. Will this bring the holy grace to those who wish for itunes like functionality in the media world? Will this save our profession? What do you think?

To read more on this, check out today's article in the New York Times:

By ALICE RAWSTHORN
LONDON — You don’t need a crystal ball, seer stone, scrying pool or any other spooky stuff to guess what one of the most talked-about design projects of 2010 will be. The tech blogs have been buzzing about it for months. It’s the iSlate, iTablet, iProd, Magic Slate, or whatever else Apple finally decides to call its new tablet computer.

We’ve been here before: three years ago, to be exact. The drill was the same. Months of frenzied blogging culminated in ecstatic cheers on Jan. 9, 2007, when Apple’s co-founder, Steve Jobs, brandished a prototype iPhone before an adoring audience of Apple nuts at a convention in San Francisco.

What’s happened since? Not only has Apple sold tens of millions of iPhones, it has pulled off a stunningly successful exercise in design democracy whereby thousands of D.I.Y. designers have developed applications, or programs, for them. Some 100,000 “apps” have been invented, and more than two billion downloaded from Apple’s App Store. What’s almost more impressive is that Apple has achieved this despite its own history — and instincts — as the consummate corporate control freak.

Mr. Jobs is expected to show off the iSlate (as we’ll call it, if only because that’s the latest rumor) in San Francisco later this month...

(continue)
Posted by Charlie Mahoney at 4:32 PM No comments: