A new article from the New York Times on the future of media came out yesterday. It's a rehash of what we have heard before (coming pay walls and itunes like sales models) but it sounds like Murdoch will be the first to take the dive. Honestly, I wouldn't mind if he failed.

By RICHARD PÉREZ-PEÑA and TIM ARANGO

Over more than a decade, consumers became accustomed to the sweet, steady flow of free news, pictures, videos and music on the Internet. Paying was for suckers and old fogeys. Content, like wild horses, wanted to be free.

Now, however, there are growing signs that this free ride is drawing to a close.

Newspapers, including this one, are weighing whether to ask online readers to pay for at least some of what they offer, as a handful of papers, like The Wall Street Journal and The Financial Times, already do. Indeed, in the next several weeks, industry executives and analysts expect some publications to take the plunge.

(continue here)
Posted by Charlie Mahoney at 9:00 AM 2 comments:

My multimedia piece on the Maldives was recently featured on Burn, a site curated by Magnum photographer David Alan Harvey and some of the photos from the same series were featured on the Spanish web site quesabesde.com. You can find the original link in Spanish here and a roughly translated version in English here.
Posted by Charlie Mahoney at 5:56 PM No comments:

Taking Pictures for a Terroristic Reason...

I was detained for a half hour in the metro station in Barcelona for the same thing two years ago. What can more can you say here?!?!
Posted by Charlie Mahoney at 7:57 PM 3 comments:

I've just finished and released my new story on the Maldives called "A Troubled Paradise". My friends at Bombay Flying Club helped me stitch together a soundscape for the story and create the script. Thanks Poul and Henrik!

Watch for more from Bombay Flying Club!
Posted by Charlie Mahoney at 11:08 AM 2 comments: 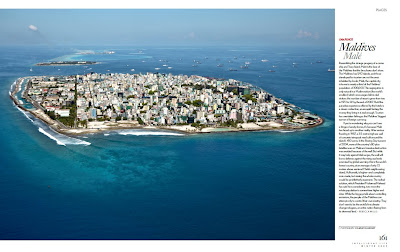