Chiming in on the PDN Controversy 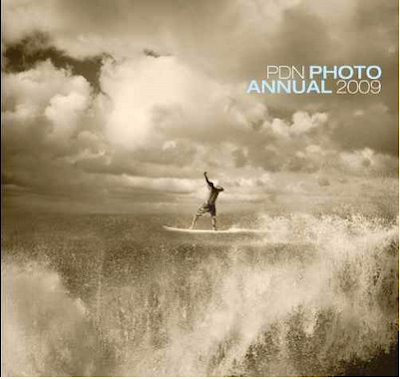 I came across, what I think, is an intelligent commentary on the recent PDN controversy at one of the blogs I follow, (Notes on) Politics, Theory & Photography. The debate should be played out in public, although I feel most people are going to avoid the controversy for fear that it could some how adversely effect their careers. Photographers often quote Elie Wiesel's famous refrain "...to remain silent and indifferent is the greatest sin of all...", we'll see if others will step forward and condemn PDN or remain cynically indifferent.

Life here in bucolic Western NY has been unusually wacky lately. So I am late calling attention to this matter. But the inimitable Stan Banos has pointed out something odd about the emperor's new suit. And he has rightly chastised me for not speaking out too. Stan has (now repeatedly) pointed out the exclusively Caucasian character of panels of winners and judges at PDN (Photo District News). Most recently he has pointed out - here - that the panel of 24 judges that named the "players" in the 2009 PDN Photo Annual is completely, totally, without exception white folks ~ an "all white jury" as he named it. Stan's observation has been taken up by a number of bloggers - David White and Benjamin Chesterton at duckrabbit have offered a $1K bounty for anyone who can rationalize the pattern Stan observed, and Pete Brook at Prison Photography, Rob Haggart at A Photo Editor have been egging everyone on. Good.

The issue here is not quotas or tokens. The issue is change. Sure, one can lament (even sincerely so) the disproportionately small numbers of racial and ethnic minorities in any field of endeavor. (As an academic, this is a standard lament.) Photography is not alone in that. But in part the problem is to find ways to alter that state of the world. And hand wringing is not enough. Having people of color* in positions of influence when prizes are decided upon, grants awarded, short lists compiled, photo-spreads assigned, shows mounted, Kudos bestowed, and so forth is a good place to start. For those are the very people who are more likely (I suspect) to notice the otherwise invisible - the young, the aspiring, the overlooked or obscure.** And, as I have mentioned here before, there are good systematic reasons to claim that diversity contributes to better decision-making in groups and organizations period.

And, by the way, Pete Brook suggests that the pattern Stan observed is "passive racism." I tend to disagree. Why? Because Stan had already called their attention to the matter - in a letter to the editor that they published last year. This seems like more or less conscious indifference on the part of the folks at PDN. And if the members of the jury - this goes for each and every one of the 24 members - sat around a table (or, if they didn't meet physically, even simply looked down the list of names) and did not recognize and object to the obviously monochromatic composition of the group, are we to suppose that they simply failed to notice? If they did why should we want their judgment on anything ? Perhaps worst of all, thus far no one from PDN or the jury seems to have the gumption to even address the issue. Could it be that they simply and truly do not give a shit?
__________
* Before all the resentful cries arise, need I say accomplished people of color? Let's grant that there are plenty of mediocre white guys in positions of influence across the professions, photography included. We surely don't want to replicate that state of affairs. I am not suggesting having African-American or Hispanic or Asian members on the jury just because they are of whatever particular variety they happen to be. I am suggesting that accomplishment - as photographer, editor, curator, gallery owner, or whatever - can be your first filter and race, ethnicity, gender and so forth a second.

** Sonia Sotomayor is right about that with respect to judges more generally.
Posted by Charlie Mahoney at 10:44 AM

Well said. Thanks for adding your thoughts...