Expect More Than "Some Diminution of Quality" 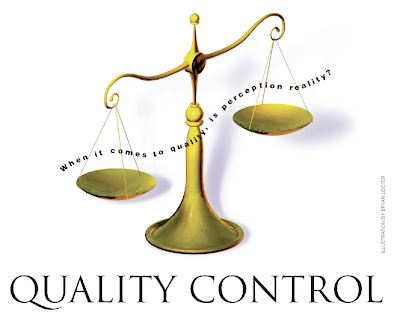 The other day I spoke with the director of a magazine about the publication of a story I did on the Maldives. The magazine is part of a franchise of magazines that share the brand name in other countries. He said that he really would prefer to publish my story, but because one of their partner magazines has a story about the same place, albeit a different story and a "softer" theme, he was obliged to take the other offer because the offers that come through their partners are so cheap. In the end, price trumps the better story or in this case, photo reportage.

This is a common reality in today's marketplace. The reason I bring this all up is because I just read a piece in The Washington Post about how cut-backs in the industry are going to negatively effect the quality of the news we read. My question for the author, Andrew Alexander, is: Aren't we already there? The quality of news has been deteriorating with every cutback in the newsrooms the last few years, so it's logical that it's going to only get worse until a viable business model is found for the news industry.

The Post was losing money. The staff was depleted. The competition was fierce. The economy was a shambles, and the paper needed radical change to survive.

That was the situation in 1933 when Eugene Meyer purchased The Post at a bankruptcy sale and began nursing it back to health.

The circumstances are similar today, as is the challenge. Once again, The Post is at a crossroads. With Meyer's heirs in control, it's entering the most critical phase of a broad transformation, underway for several years, that may determine if it survives and thrives.

The pace of change is breathtaking. A brain drain continues this month with the fourth round of staff buyouts since 2003. The Web site, housed in Northern Virginia, will soon be integrated into The Post's downtown newsroom to provide a unified 24-hour operation. A far-reaching reorganization of the newsroom staff will alter the way coverage is planned and content is processed.

But what will it mean for readers?

I posed that question to dozens in the newsroom, from top editors to rookie reporters, asking them to be candid in return for confidentiality. Of the 27 who responded, almost all said quality will suffer, at least in the short term.

An editor expressed fears of "an overall loss of polish and professionalism." Readers "have come to expect a certain standard, and it's going to decline in hundreds of small ways," said another. "You'll see more minor factual mistakes, more grammar errors." Added a veteran reporter: "With fewer editors, there is a greater chance things will slip into the paper."

Most think The Post will continue to deliver exclusives and major projects, a hallmark of the paper. But they also think tighter staffing, and the need to constantly feed the Web with what one called "news nuggets," will leave little time for short-term investigative reporting that unearths corruption. "There's a loss of reporting time" when staff is stretched thin, said a seasoned reporter. "We'll be able to cover the mayor, but we won't have time to cover the agencies. That's where the dirt is."

The Post's bench strength has been badly depleted. Post management won't disclose the total number of reporters and editors who have left or remain, but more than 100 were eligible for this latest buyout. More than 100 took the previous one. In recent years, some prized talent has defected to competitors. "It has stripped us of a lot of our institutional memory," said one of the paper's stars. "We lack historical context that can guide our reporting and sharpen our stories." Several said the loss of veteran talent puts The Post at a competitive disadvantage. "We get beat more often," said one, "and when we do, we don't have the Rolodex to quickly recover."

"This is a year of exceptional changes," he said. "We're willing to endure some distraction in the short term in order to be stronger in the long term."

Rick Edmonds, a business analyst with the Poynter Institute for media studies in Florida, said a loss of quality eventually affects a newspaper's bottom line. Loyal readers will remain despite major cutbacks in news coverage or more minor errors, he said. "But you've got people on the margin who start saying: 'I'm not so sure.'

"But I'm suspecting that The Post is going to be among the last to reach that stage with their readers," he said, because the overall quality will remain high.

He's right. The Post on its worst days remains better than most metropolitan papers on their best days.

The feedback I received suggests that staff morale is low but that commitment remains high. There's anxiety, but immense pride. Most view the changes as painful but necessary. Some say they're overdue. I agree.

Brauchli predicted that the staff will show that "even in times of great distraction, we're still capable of producing great journalism."

"All of us are trying hard to make sure none of these things [reductions in quality] happen," said Pulitzer Prize-winning reporter Dana Priest. "We are journalists not because of the good pay or the bankers' hours, but because we love The Washington Post and its role in making the country stronger and better. Those motivations are not going to disappear. They will just compete with the chaos of a transition from the present to what is at the other end of this long, dark media industry tunnel."

Andrew Alexander can be reached at 202-334-7582 or at ombudsman@washpost.com. For daily updates, read the Omblog.
Posted by Charlie Mahoney at 9:21 AM