Fight For Your Rights 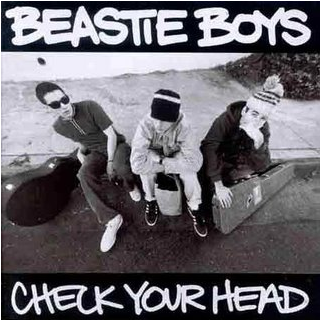 You've got to fight for your rights to...digital images? Paul Melcher over at Blackstar Rising asks the question and proposes 10 Ways to Fight for Your Digital Rights as a Photographer. For all you up and comers who write me asking if you should give your images away because it's good publicity...fahgedabodit! Well the same thing applies to digital images and here's why:

Fighting for your digital rights would seem to be an uphill battle these days. Let’s face it; the rights of photographers have been badly battered.

First came Google, when it won the case to publish images in its search results without paying anything. Then came National Geographic and others, republishing entire issues on CD-ROM without paying additional fees. Even today, the magazine industry poor-mouths its way to paying pennies for images on Web sites that now have bigger circulations than the corresponding print editions.

And yet, many in the photo industry still view the Web as their savior. The question is, How so?

An image posted on the home page of a site that receives one million hits per week is not licensed at the same price as an image on the cover of a weekly magazine that has one million readers. Why is that?

What makes publishers believe that images online are worth less than those in print? What makes photographers and photo agencies agree?

Most of the discourse is about how a magazine’s online edition generates far less revenue than its print edition. Since when has that been the concern of photographers and agencies? Is this now one of our responsibilities — to guarantee revenue on top of licensing images?

2. Stop licensing images online as “one week on home page” or “one day inside, 1/4 page.” A Web site is not a magazine; it doesn’t work that way. We should also stop making a distinction between commercial and editorial usage. Most editorial sites have a hundred times more traffic than corporate sites. We should treat the Web as an entity. It has measurable traffic — much more so than a magazine. Charge a license based on traffic; that is how sites charge advertisers, isn’t it?

3. Don’t buy into the poverty talk. Many editorial sites today have a budget bigger than their print siblings. As publications close their print editions for online only, they shift their budgets. Some with the biggest traffic charge $400,000 for a one-day banner ad.

4. Don’t buy the “it’s good publicity” argument. How many images have you ever licensed because one of your images appeared online? Would you offer your images for pennies to a print magazine because it’s “good publicity”?

5. Stop believing that because the image is of a smaller size and only 72 dpi, it has less value. That is like saying that if an image is used in B/W, although it was shot in color, it has less value. Where does that come from? The value of an image has nothing to do with the numbers of pixels it has — nothing. Does a Cartier-Bresson or Leibovitz image lose value with fewer pixels?

6. Stop waiting for others to act. Stop expecting someone else to show you the way. Google is taking your rights away, yet you turn a blind eye. Call that association to which you pay a hefty membership fee, and tell them to act. Tell your agency to stop giving away your rights and your images. And if they don’t, leave them. This is your problem, now. Not someone else’s in the future. It’s not going to go away; it’s only going to get worse.

7. Focus less on what to shoot next — and more on licensing what you already have. Unless we start dealing with the issues at hand, those magical pictures you plan to shoot in the future will only generate a fraction of what your existing images can.

8. Stop being beggars. Your images are needed. In fact, they are the core value of many publications and Web sites. These publishers are not doing you a favor by using your work; you are bringing them the value they need in order to run their business. What you do is unique. Trust me, if they could do it themselves and shut you out, they would. But they can’t.

9. Stop being technophobes. It’s not cute anymore. All the information is at your fingertips. Read, learn. Saying you don’t understand is no excuse anymore. You shoot digital, don’t you? So stop the crap about how you do not understand RSS feeds or HTML, or anything Web-related. No one buys it — and if they do, it’s only so they can squeeze more out of you.

Your images are like your children. Don’t let them be mistreated.

You can go directly to the article here
Posted by Charlie Mahoney at 8:01 PM